This year’s National Youth Work conference has been developed by the Youth Work Marketing and Communications Group.

It is aimed firmly at youth work practitioners. You will have the opportunity to hear directly from the Minister of Education on her priorities for youth work in Wales as well as update from Keith Towler on the work of the Interim Youth Work Board.

Primarily though, the Conference is designed to support your professional learning and to provide the opportunity for networking with your peers.

The agenda and a synopses of sessions is *here*

Please disseminate the invitation to your colleagues.

You can register here via Eventbrite 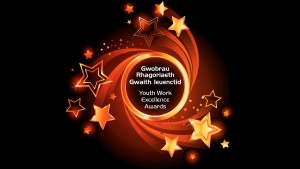 The 2020 Youth Work Excellence Awards are now open for nominations.

All of the information you need to make a nomination, including the nomination form itself, is available online using the following link:

We would be grateful for your help in circulating this information widely through your networks. The closing date is Friday, 28 February 2020.

Please contact Welsh Government with any queries via the mailbox: Youthworkexcellence.awards@gov.wales

A new review, published by Public Health Wales and Swansea University, examines the deaths of all children and young people in Wales who died by suicide between 2013 and 2017. A number of themes were identified which should be targets for preventing these terrible tragedies in the future.

There is evidence from across the UK of an increase in deaths by suicide in young people since 2010. Combining a number of sources, the review sought to identify the factors related to suicide in 10-18 year olds in Wales.

The review examines 33 cases of children and young people who took their own lives. Some of the issues surrounding these suicides included substance misuse; poverty; sexual abuse and assault; bereavement; shame; difficulties in education, employment or training; and lack of awareness around self-harm.

The review notes there is rarely a single reason why a child or young person takes his/her own life. It’s usually due to a variety risk factors, circumstances and adverse experiences. Despite this, suicide is potentially preventable.

The review identifies six key opportunities for suicide prevention in children and young people. These are: