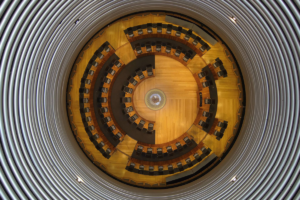 Stage 3 of the Senedd and Elections (Wales) Bill was completed on Wednesday 13 November.

Members confirmed the key provisions of Bill, which will:

“I am pleased that the Senedd and Elections (Wales) Bill has moved another step towards the end of its legislative journey.

“It is encouraging to see a clear majority of Assembly Members in favour of lowering the voting age to 16 at a time of such political significance.

“The Youth Parliament has made a real impression in its first year and is testament to the positive outcomes of giving young people a voice. Lowering the voting age will no doubt build on this work.”

It is anticipated that the final stage, Stage 4, will take place on 27 November.

The Bill will require a “super-majority” for the Bill to be passed: this means that at least 40 out of 60 Members will need to vote in favour of the Bill.

Call to CWVYS members, 5 questions for you

RCPCH looking to speak to Children and Young People in Wales